You are using an outdated browser. Please upgrade your browser to improve your experience

Has The Great Resignation that gripped the U.S. during the state of the pandemic already peaked in the UK?

If you’ve been keeping tabs on the news both in the UK and across the water in the United States, you’ll have likely heard about The Great Resignation. It’s a phenomenon that spread beyond the US, reaching the UK, Europe and elsewhere.

But, what’s it all about? Is it something that is likely to continue here in the United Kingdom? How will it change the employment landscape?

The Story Behind The Great Resignation

The Great Resignation, sometimes known as The Big Quit, refers to an economic trend dating back to the early part of 2021, where millions of people quit their jobs. 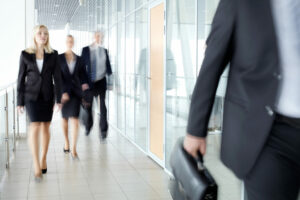 There’s no denying that the COVID-19 pandemic played a significant role in people resigning from their jobs en-masse. Many people got laid off, especially in the hospitality industry, which spurred others to quit their jobs for various reasons.

For example, some people had enough of their working conditions, especially if they had public-facing roles during the early part of the pandemic. Others had long-lasting job dissatisfaction, especially with salary stagnation.

The Great Resignation isn’t something that only occurred in the United States. It’s a trend mirrored in other nations, including the United Kingdom.

Has It Peaked In The UK?

You might think that with COVID-19 restrictions easing in Britain, The Great Resignation has peaked in the UK, and fewer people are quitting their jobs, and the truth is, it’s a trend that is set to continue.

According to an article in the Financial Times, the answer is no. In the UK, the government gave furlough payments to people unable to conduct their daily duties at work due to COVID-19 essentially closing down their employers during the lockdowns.

The article concludes that it’s too early to tell if the peak has been reached or not, partly because many people are still working from home despite relaxed COVID-19 restrictions at the time of writing.

It’s easy to assume that the only thing happening during The Great Resignation is people quitting their jobs. The truth is, such a mass exodus of employees has had a significant knock-on effect for businesses and other organisations across the UK.

There is now a significant talent shortage across various industries, particularly among senior-level employees. As a result, firms are on a recruitment drive to attract new talent to fill those roles.

If that’s something your business organisation has experienced due to The Great Resignation, we can help. Contact Mosaic Search & Selection today on +44 (0)1242 239147 to discuss your recruitment needs.

The Great Resignation might have started at the beginning of 2021. But, it’s a trend that is clearly set to continue for a while longer. When the peak gets reached is uncertain at this time.

When you're looking to fill leadership positions, you need exceptional people who will make things happen

Finding leadership professionals who will make an immediate impact to your business.

What is Employee Value Proposition or EVP?

View all articles
By clicking accept you are agreeing to the use of all cookies which will allow us to provide you with the most relevant experience when visiting or re-visiting this website. This means that your personal preferences will be remembered when you use this website. However, you may manage your Cookie Settings to provide a controlled consent.
Cookie settingsACCEPT
Manage consent

This website uses cookies to improve your experience while you navigate through the website. Out of these cookies, the cookies that are categorized as necessary are stored on your browser as they are essential for the working of basic functionalities of the website. We also use third-party cookies that help us analyze and understand how you use this website. These cookies will be stored in your browser only with your consent. You also have the option to opt-out of these cookies. But opting out of some of these cookies may have an effect on your browsing experience.
Necessary Always Enabled
Necessary cookies are absolutely essential for the website to function properly. These cookies ensure basic functionalities and security features of the website, anonymously.
Functional
Functional cookies help to perform certain functionalities like sharing the content of the website on social media platforms, collect feedbacks, and other third-party features.
Performance
Performance cookies are used to understand and analyze the key performance indexes of the website which helps in delivering a better user experience for the visitors.
Analytics
Analytical cookies are used to understand how visitors interact with the website. These cookies help provide information on metrics the number of visitors, bounce rate, traffic source, etc.
Advertisement
Advertisement cookies are used to provide visitors with relevant ads and marketing campaigns. These cookies track visitors across websites and collect information to provide customized ads.
Others
Other uncategorized cookies are those that are being analyzed and have not been classified into a category as yet.
Save & Accept
Powered by